The event began with the greeting of the A’ Vice President of the Chamber of Serres (Lead Partner) Mr. Dimitrios Giannakis who after thanking the participants he stressed, among other things that: “We are very happy and proud of the results of the project, because all partners worked hard and I think we succeeded “…

A short welcome note was also addressed to the audience by the Coordinator of the Joint Secretariat of the IPA Cross-Border Cooperation Programme “Greece-Republic of North Macedonia 2014-2020”, Dr. Spyridon Arseniou who thanked the Chamber of Serres for the invitation and pointed out that it is particularly pleasant when a project is coming to an end, as it means that the actions of the project have been implemented, especially when the object of the project is related to current problems such as unemployment or the brain drain that has been a major issue in both countries for decades. He then shared with the participants important information on the upcoming programme “Greece – Republic of Northern Macedonia 2021-2027” which is in the second phase of public consultation. He stressed, among other things, that the new Programme will emphasize on projects that focus on modern-day problems and are associated with practical and immediate solutions.

The event was honored with their very interesting experiences and presentations (in order of presentation) by: Mrs. Thomai Boziou (EMPLOYOUTH Project Manager, Chamber of Serres) and Dr. Marijana Milevska, Director of PREDA PLUS in Bitola who presented the results of the project EMPLOYOUTH in Greece and in the Republic of Northern Macedonia, Mr. George Arapakis, Director of the Lifelong Learning Center of Region of Central Macedonia SA – Regional Unit of Serres who presented the activities of the organization but also the possibilities offered through similar CBC programmes between the two countries and Mr. Babis Filadarlis, MBA, MIEx, DipM. Export development specialist, CEO of Global Greece who presented a useful and interesting, to potential entrepreneurs among others, action plan (10 bullet plan) for the development of a business.

During the event, a short video of memorable moments from the implementation of the project was also shown, followed by a Q&A session. 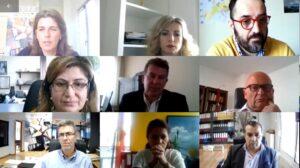 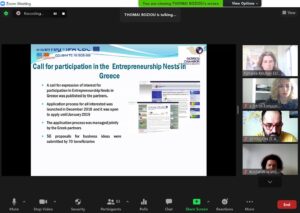